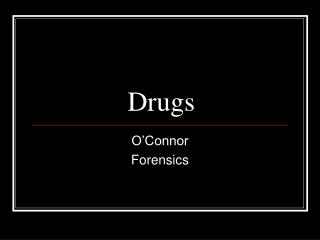 Drugs. O’Connor Forensics. DRUGS. Drug. Defined as a natural or synthetic substance that is used to produce physiological or psychological effects in humans or other animals.