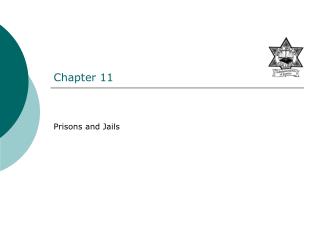 Chapter 11. Prisons and Jails. Chapter 11 Objectives. Contrast the 3 governmental levels that manage jail and prison systems. List the factors that have caused the prison population to grow dramatically in the last several decades. List and briefly explain the four types of prisons.