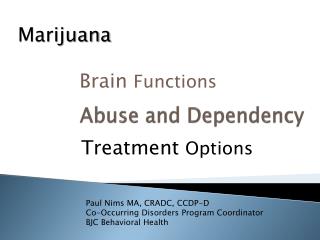 Substance Abuse, Co-Dependency and Family Systems - . the bowen system and the alcoholic/addict family by russell

Child Evaluations in Abuse, Neglect, and Dependency Cases - . mark d. everson, phd. who is the client?. for parental

“Net Effect”: Abuse, dependency &amp; addiction to technology - . do you or someone you know spend too much time

Partnerships and Dependency - . how can we accomplish the task of world evangelism without creating dependency and

Dependency - . the state of relying upon another individual for certain needs. when two characters depend on one another

Dependency - Innovation: new assumptions. safety net. families are needy families viewed as in crisis and in need of