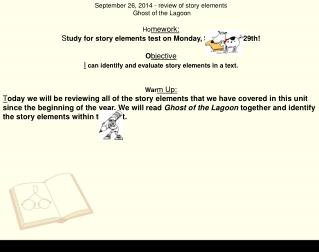 Literary Elements and Devices in Rikki Tikki Tavi - . learning objectives:. analyze elements of the plot in the story you

1964 Gene’s Comment – a true story - Past, present and future of earthquake analysis of structures by ed wilson draft

Nitrogen Sources and Fluxes to Indian River Lagoon: A Two Part Research Proposal - . alisa britt kepple. why should we

The Four Horsemen of the Apocalypse - . story elements. this story is part of revelation, the last book in the bible, and

Bobs story - An i like cheese presentation by michaels not to good but slightly better than georges animations and games.