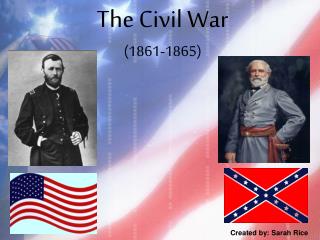 The Civil War (1861-1865). Created by: Sarah Rice. Section 1: The Two Sides. Main Idea 1: Both the North and the South had strengths and weaknesses that helped determine their military strategies.