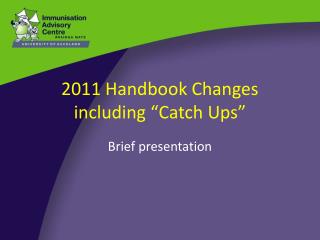 Why Bio-Math? Why Now? - . avian flu. rna. fred roberts, rutgers university. why bio-math? why now?. do you want to catch

Staff Handbook - . updated: april 2013. welcome. welcome to george brown college! we are happy to have you as part of our

Catch Them Before They Fall  - Early identification and intervention to prevent reading failure for young children dr.

Catch That Trout! - . fishing new zealand. its not always easy. nor are the fish!. but you win the odd one. decision

How to use the OOTiA Handbook What should we consider when we go down the OO path? - . prepared for the sw der conference