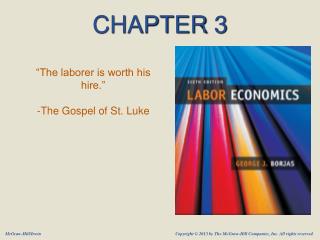 CHAPTER 3. “The laborer is worth his hire.” -The Gospel of St. Luke. Introduction. Firms hire workers because consumers want to purchase goods and services produced by firms. Demand for workers is, thus, derived from the demands of consumers for goods and services.