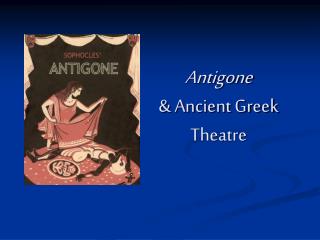 The Dawn Of Theatre - . audiences. there audiences were to be just the middle class people except if you were performing

The Greek Olympics - . greeks honored their gods by competing in sporting contests. the largest event took place every