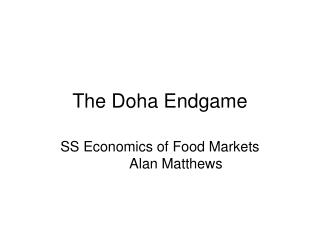 UNCTAD Environmental Goods and Services - . where we are. call for liberalization: “ the reduction or, as appropriate,

Trenchless Pipeline Construction in reference to QCS 2010 - . prepared by: dennis m. b. wso chairman of education

Endgame – Samuel Beckett - . a play about playing the game and knowing the end. introduction. msn staging of