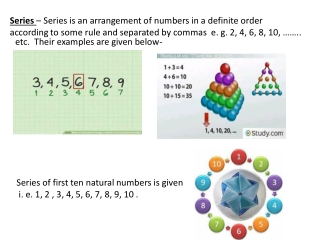 Taylor Series - . section 9.2b. do now. find the fourth order taylor polynomial that approximates. near. before finding a

Triptych &amp; Series Masters - . find triptych or series taken by each of the artists on the right. list the

A Series of Unfortunate Events - . slideshow by camp &amp; caroline ( series by lemony snicket). about the series.