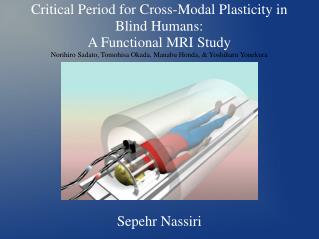 Plasticity and functional recovery - . starter:. today we’re looking at ‘plasticity’ of the brain…….

Functional MRI 101 - . by altering the order of stimulus and control conditions, it is possible to predict and model the

Humans in safety critical systems - . estimated number of “human errors”. 100. the diagram shows the attribution of