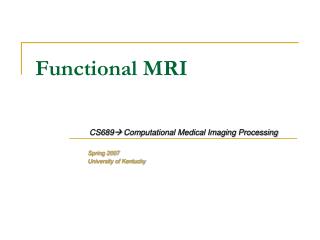 Functional MRI 101 - . by altering the order of stimulus and control conditions, it is possible to predict and model the