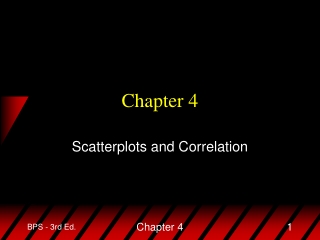 Chapter 4. Scatterplots and Correlation. Explanatory and Response Variables. Interested in studying the relationship between two variables by measuring both variables on the same individuals. a response variable measures an outcome of a study