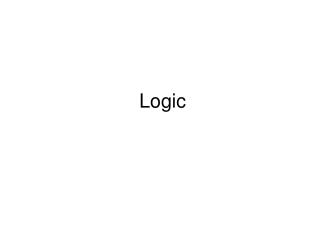 Logic. Propositional Logic. Logic as a Knowledge Representation Language. A Logic is a formal language, with precisely defined syntax and semantics, which supports sound inference. Independent of domain of application.