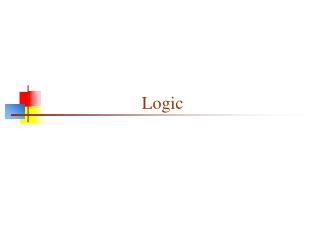 Logic. What is logic?. Logic is an “algebra” for manipulating only two values: true ( T ) and false ( F ) Nevertheless, logic can be quite challenging This talk will cover: Propositional logic--the simplest kind