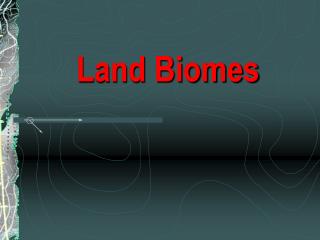 Land Biomes. Introduction. Biomes are the major regional groupings of plants and animals discernible at a global scale distribution patterns are correlated with regional climate patterns and identified according to the climax vegetation type