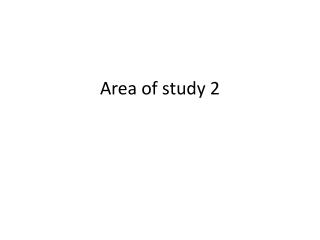 Area of study 2. How old is that fossil?. Fossils tell us what kinds of organisms lived in the past, but how do scientists determine the age of a fossil? There are a number of ways to do this: GCSE Music Area of Study 2 - . the blues. influence. much of the structure of todays pop music has been shaped by the

Area of Study 2: New Directions - . schoenberg: lesson 2. about schoenberg. arnold schoenberg was born in vienna in 1874

Area of Study 2 - Intelligence and Personality - . chapter 11 and 12. what is intelligence?. widely accepted definition: