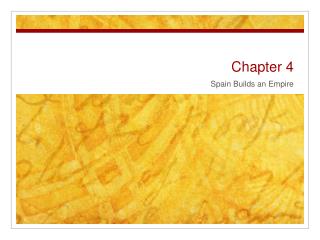 Chapter 4. Spain Builds an Empire. Christopher Columbus, an Italian explorer wanted to find what on his first expedition? a shorter route to the Indies. 2. Expedition- a journey made for a special purpose. 3. Columbus made more voyages to the West Indies because