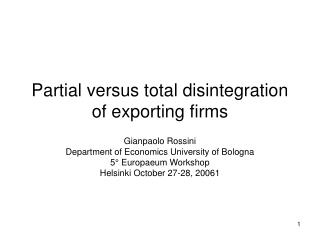 Disintegration and Reconstruction of France - . by: claire solomon. the wars of religion in france. almost 40 years of

11.2 – Partial Refraction and Total Internal Reflection - . partial reflection and refraction. sometimes when you

The Disintegration of the Carolingian Empire - . louis the pious. continued policy of monastic reform benedict of aniane

Brooklyn patent law firm versus normal law firms - When you need to make use of legal assistance, you will see that there