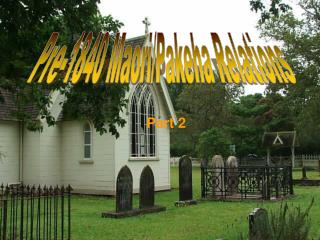 Pre-1840 Maori/Pakeha Relations. Part 2. Missionaries. Were more important than other Europeans in race relations Needed cooperation of Maori as did others, but Usually Missionaries came to stay They sought to change Maori life and society