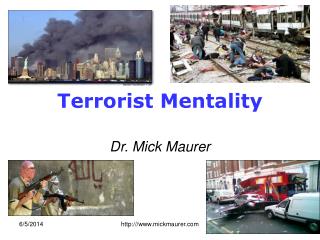 Mob Mentality - . a large group of people who share a common cause or interest, and who engage in behaviors they

Terrorist - . what is terrorism? do both sides practice it? how/when/who?

High School Mentality - . college and the rigors. why am i here. time to get our side of the story to you about what we

THE AGILE MENTALITY - . chapter 27. 1. topics. why use agile and scrum? agile development manifesto for agile