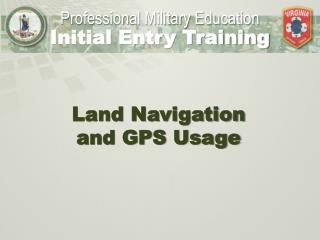 GPS usage and GeoReferencing - . a crash course to the etrex venture and georeferencing your field data. working with a

Land Navigation - . determine location on the ground &amp; navigate from one point to another. map basics.

Land Navigation - . note: this is not a complete guide. you should already be familiar with the topics within this

MAP READING AND LAND NAVIGATION - . fm 21-26. definition of a map. a map is a geographic representation of a portion of