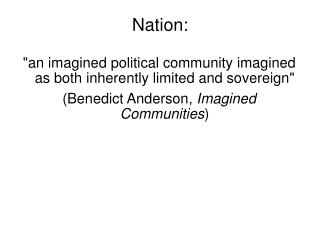 Nation:. "an imagined political community imagined as both inherently limited and sovereign" (Benedict Anderson, Imagined Communities ). From the Declaration of Independence, 1776:.