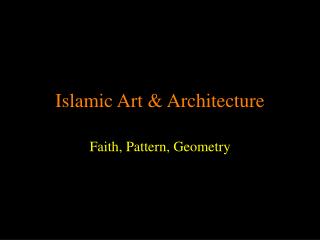 Islamic Art - . islam and muslims. islam means “submission” to the will of god. muslims are those who submit to the