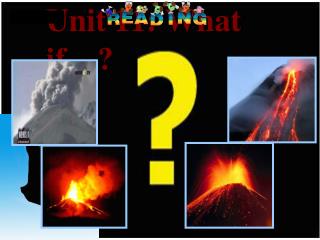 Unit 11: What if…?. Table of contents. Vocabulary Tasks while-reading Discussion. Vocabulary. Volcano : /vQl"keInJU /(noun):a mountain with a large opening at the top through which gases and hot liquid rock are forced out into the air HIGHER – ADDITIONAL QUESTION BANK - . please decide which unit you would like to revise:. unit 1. unit 2. unit 3.