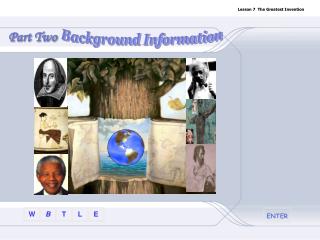 part two - Note : to appreciate this presentation [and ensure that it is not a mess ], you need microsoft fonts: