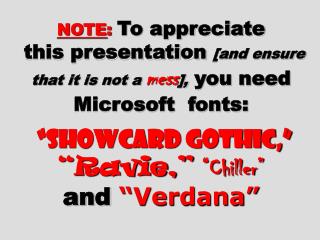 NOTE : To appreciate this presentation [and ensure that it is not a mess ], you need Microsoft fonts: “Showcard Gothic,” “Ravie,” “Chiller” and “Verdana”.