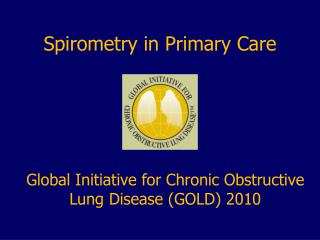 Pulmonary Function Tests - . spirometry. copd the most common respiratory disease one of the leading causes of death in

The Comparison of Incentive Spirometry vs. Turn, Cough, and Deep Breath - Identification of the problem. . pico question.