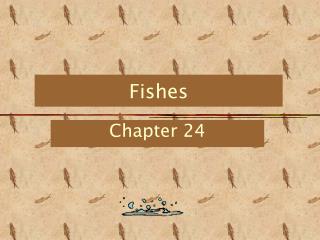 Fishes. Chapter 24. I. Diversity. 26,000 living species—more species than all other vertebrate groups combined Adapted to live in a medium 800 x more dense than air Can adjust to salt and water balance of environment Gills extract oxygen from water that has 1/20 th the oxygen of air