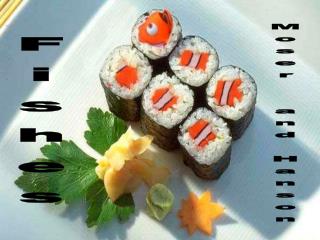 Fishes. Moser and Hanson. Where exactly are they?. Fish live in either fresh or salt water (some in anemones), depending on their specific group. Depending on their family, they eat anything from small underwater mollusks to other fish. http://www.nmfs.noaa.gov/habitat/habitatprotection/efh/.