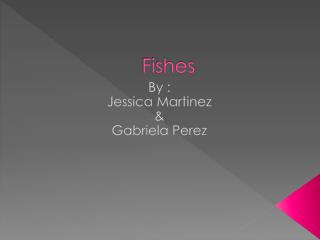 Fishes. By : Jessica Martinez & Gabriela Perez. What is a Fish?. Aquatic vertebrates Characterized by fins, gills, and scales. For almost every general statement there is an exception. Chordates Over 24,000 living species. Form and Function.