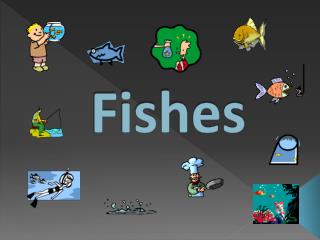 Fishes. Diversity. Fishes are dated back to over 480 million years Fish evolved in fresh water Now fish live in ALL water areas – fresh and salt Fish are the dominant, free-swimming animals of the seas. Diet: Some are herbivores (eat plant material)