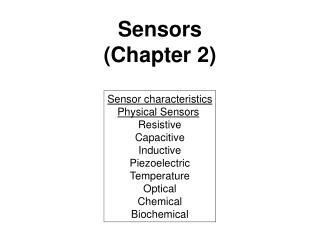 CHAPTER 20 Temperature Sensors - . objectives. after studying chapter 20, the reader will be able to: prepare for ase