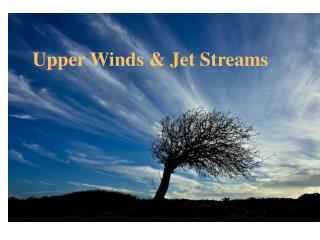 Winds - . different areas of earth receive different amounts of the sun’s radiation. this unequal heating of the earth

Winds - . what is wind?. the movement of air in a horizontal direction. what causes wind?. the uneven heating of the

WINDS - . understand the cause of wind and how they affect climate chapter 4 pages 59-67. what is wind?. a wind is a

Winds - . mrs. wharton’s science class. wind. the horizontal movement of air from an area of high pressure to an area

Winds - What causes wind? chicago, illinois, is known as the ‘windy city’. why are some cities more windy than

The Gulf and Jet Streams - . kq – how do wind and ocean currents influence weather?. on r57, create a t-chart under

Winds - . winds. winds are defined as the horizontal movement of air. winds are named by where they blow from. local