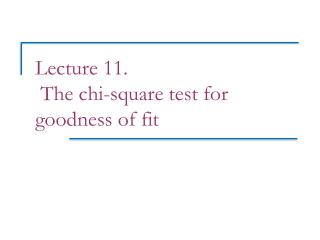 Deciding which statistical test to use: - . tests covered on this course: (a) nonparametric tests: frequency data -

11.2 Tests Using Contingency Tables - . when data can be tabulated in table form in terms of frequencies, several types