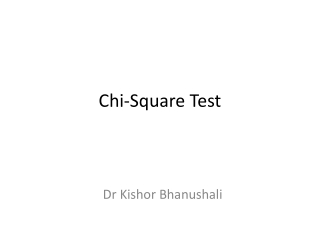 Chi-Square Test. Dr Kishor Bhanushali. Chi-Square Test. Chi-square, symbolically written as χ2 (Pronounced as Ki -square), is a statistical measure used in the context of sampling analysis for comparing a variance to a theoretical variance.