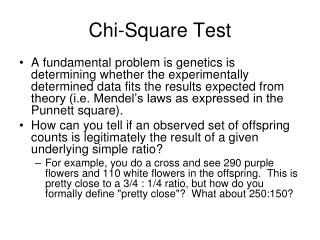 Chi-Square Test. A fundamental problem is genetics is determining whether the experimentally determined data fits the results expected from theory (i.e. Mendel’s laws as expressed in the Punnett square).