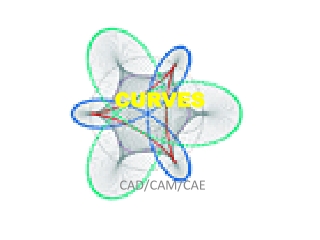 Curves - . locus of a point moving with one degree of freedom locus of a one-dimensional parameter family of point

Curves - . dr duxbury. quadratic graphs. in a quadratic function, the highest power of x is 2 and it is of the form y

CURVES - . curves are used to draw wireframe models, surface models and solid models. (all these models are made up of

Learning Curves - 17 - 2. learning curve analysis. developed as a tool to estimate the recurring costs in a production

Demand Curves - . price and quantity demanded and the determinants of demand ms. gray – university h.s. what is a

Demand Curves - . graphical derivation. we start with the following diagram. y. x. p x. x. in this part of the diagram we

Solubility Curves - . how to interpret a graphical representation of solute in solvent. review: saturation. •