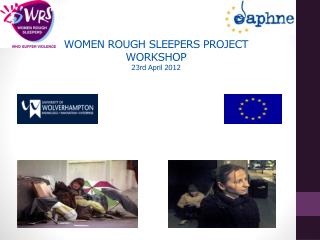 Children rough sleepers and runaways: a european research project - . with financial support from the daphne iii

What more can we do for rough sleepers? - . setting the scene harm reduction what’s missing? tracey hughes – east

Thursday November 23rd, 2012 - . living things. they are alive. they can change. they can eat. they can grow. plants.