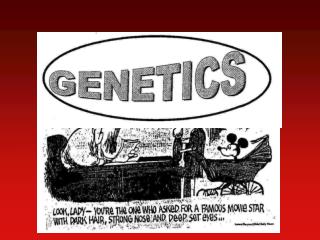 KEY CONCEPTS. Definition Revision from gr 11: Homologous chromosomes Paternal/maternal chromosomes Diploid/haploid Somatic cell/body cell. 1. Genetics. Genetics is the study of heredity It deals with the similarities and differences between parents and their offspring