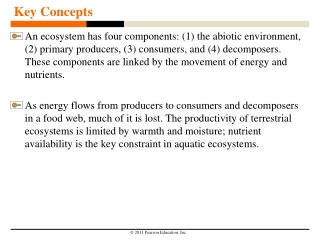 Key Concepts. An ecosystem has four components: (1) the abiotic environment, (2) primary producers, (3) consumers, and (4) decomposers. These components are linked by the movement of energy and nutrients.