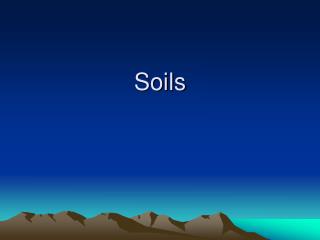 Soils. What is soil?. Thin layer on the earth’s surface that is made by the interaction of five factors: rocks, sunlight, water, air, and living organisms. Soil Composition.