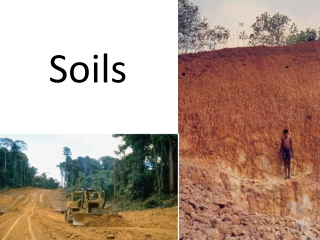 Soils. Soil: Definition. Solid earth material that has been altered by physical, chemical and organic processes so that it can support rooted plant life. Engineering definition: Anything that can be removed without blasting. Soil Production. Soil Production: Inputs.