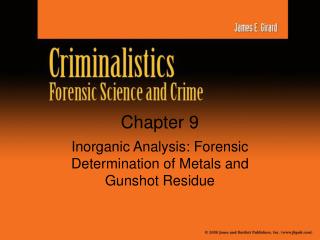 Chapter 9. Inorganic Analysis: Forensic Determination of Metals and Gunshot Residue. Objectives (1 of 2). Students should gain an understanding of: The names and symbols that chemists use for elements and compounds