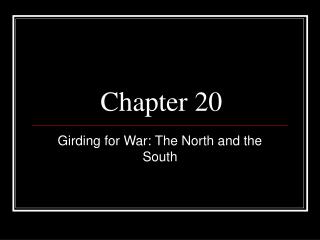 Chapter 20. Girding for War: The North and the South. Menace of Secession. No war unless South started it Can’t separate … geographically or politically Europe would love it Divide & Conquer. South Carolina Assails Ft. Sumter.