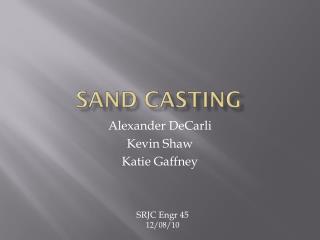 Sand Molded Casting Manufacturer - As the name suggests, the term permanent mold casting refers to a process that

World-Leading Sand Casting Supplier - We are the world-leading sand casting supplier located in china. we manufacture and

All About Sand Casting: Type, Process & Properties - Sand casting is a process in which heated metal is poured into a

What Are The Pros & Cons Of Sand Casting? - Many material and items like sand alloys, aluminum alloys, cast iron, and