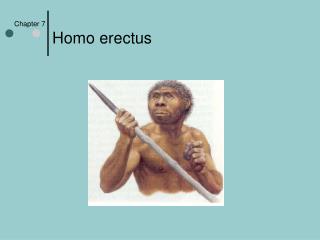 Chapter 7 Homo erectus. Nariokotome. 1984 the bones of an 11 ½ year old boy were found under a tree along a dry stream channel west of Lake Turkana. Nariokotome. Most complete skeleton of an early hominin ever found. Died 1.6 million years ago

3.1 Tracing the path of evolution to Homo sapiens from the universal ancestor of all life - . 3.2 monophyletic,

B1 Chapter 7 Evolution The Final Chapter! Title for today: Theories of Evolution - You need: notes on lamarck’s theory

Chapter 1 - . voyages in world history. question. a female known as lucy yielded to scientists the most complete remains