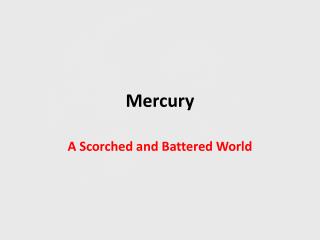 Mercury. A Scorched and Battered World. Starter. Take a moment and imagine yourself on Mercury, what would you see? What might you experience?. Mercury: Strange Days. Imagine looking up at a sun that is three times larger than what you see on Earth.