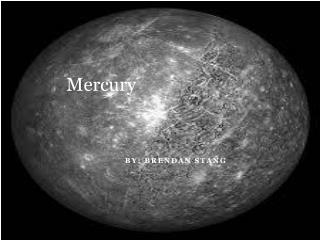 Mercury. By: Brendan Stang. Planet’s symbol. How did Mercury get it’s name?. It got it’s name from the Roman god Mercury, who was the son of Maia Maiestas . It is called Mercury because it moves so quick in the sky. . Discovery of Mercury.