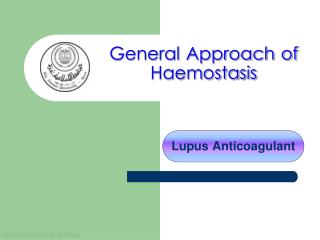 ANTICOAGULANT - . definition of anticoagulation. therapeutic interference (&quot;blood-thinning&quot;) with the

ANTICOAGULANT DRUGS - Clotting process . formation of a blood clot (thrombus) in blood vessels or the heart. may be life

Lupus - . caitlin russell science, period 3 january 1, 2002. what is lupus?. an autoimmune disease when your body

Lupus - . by: josue diaz and corey duval. *what is lupus?!*. lupus- chronic autoimmune disease that attacks the body.

Lupus - . by james and carol jean. the problem. you’ve just come from the beach, and there are rashes or sores all over

Anticoagulant Drug Information - . anticoagulants are prescribed to patients who are at an increased risk for developing